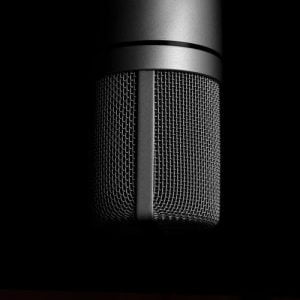 There was a time back in the day when those two words were pretty rare in the voice over world. Home studios for voice overs required a lot of expensive gear, which had to be installed and maintained by expensive engineers…who were sometimes difficult to come by. Not exactly the best combination for someone trying to break into the biz.

But times have changed. Damn, have they ever changed.

Working from home has now become a necessity for most voice actors, especially if you’re not in a major market – but fear not!

Most of the initial investment for home studios goes towards a decent microphone in the $200 – $300 price range, and an audio interface. Believe it or not, another factor that is just as, if not more important than your microphone – is your recording space.  It has to be quiet, and it has to be void of hard surfaces – such as bare walls.  Even if you could spend thousands on a high-end microphone,  if you record from your kitchen table, it’s going to sound like amateur hour.  It’s true.  You can create your first home studio for cheap.  A closet full of clothes might just be your best bet for now.

So basically, what you need to create your first home studio is a decent mic and a dead room.

What the heck is a DAW?

Recording, editing and creating files of your voice are all done on downloadable programs called DAWs (digital audio workstations). There are free DAWs out there that are perfectly fine for your first home studio, so if you’re pinching da’ pennies, try Audacity or Pro Tools First. If you have a Mac, Twisted Wave may be the way to go. So there you have it. A mic with a cable plugs into an audio converter (unless you have a USB mic), which then plugs into your computer. Learn how to use your DAW, and you’ll be ready to start recording.

You’ll certainly run into some snags along the way, ‘cause, ya know – Murphy’s Law…but don’t worry, help is out there. If you’re the do-it-yourself type, Google and YouTube will become your best friend in creating your first recording space/studio. If you’re not up to taking on these tasks yourself, there are engineers who offer their services – everything from expert advice, to full studio build-outs.

Don’t worry…when the time is right, upgrades will come.

Most of us in the voiceover world look back on our first studio and cringe. You learn a lot along the way, and invest in upgrades when you can. That includes upgrades to your equipment, your recording space, your talent & ability…and eventually, upgrades to your rates.

…you can make a very comfortable living speaking aloud in a little padded room.